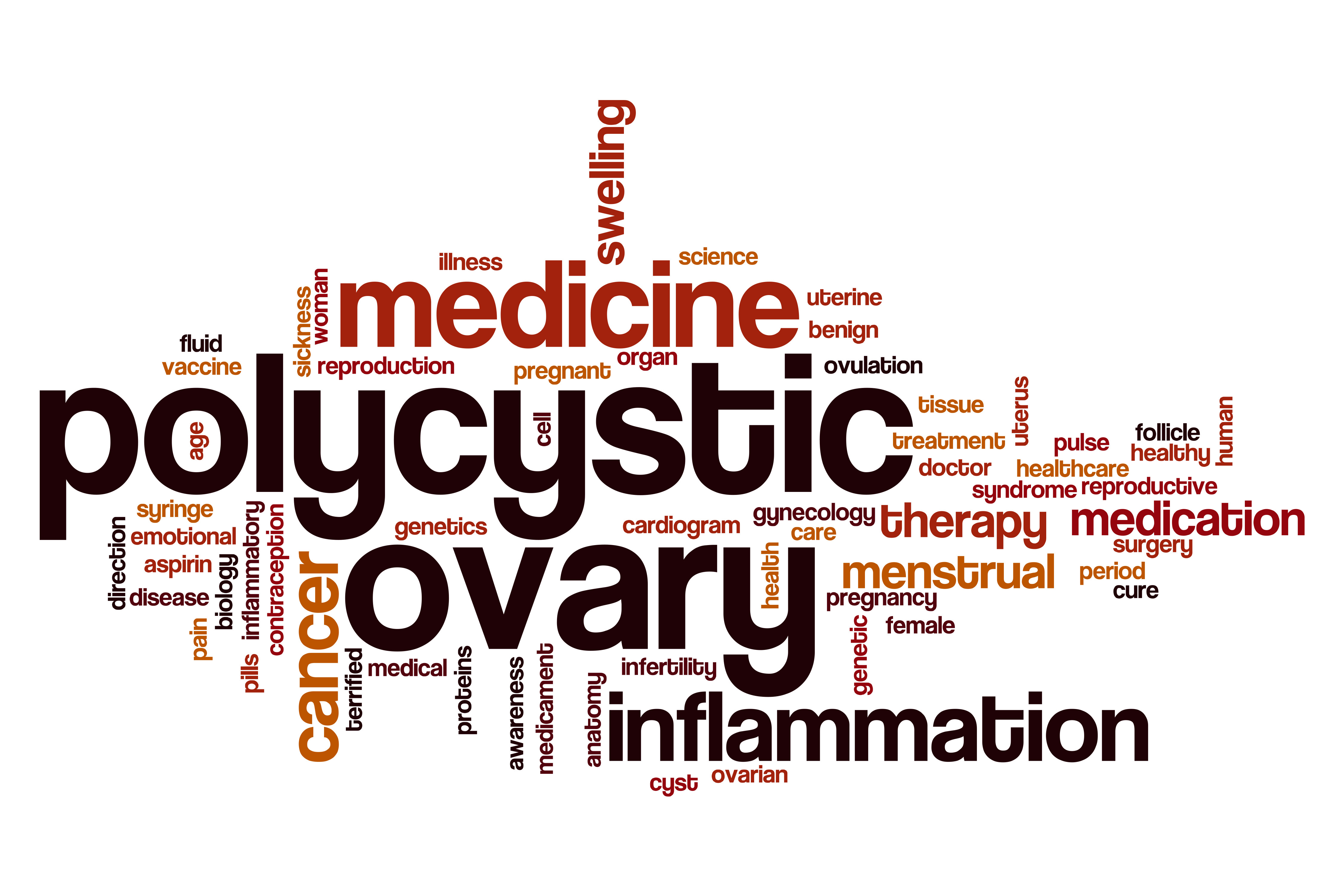 Polycystic Ovarian Syndrome (PCOS), first officially identified in 1935 by Chicago gynecologists, Stein and Leventhal is characterized by irregular menstrual periods in women, facial hair growth, acne, thinning hair, and weight gain around the abdomen. Individuals with the condition often have enlarged ovaries, containing multiple liquid-filled cysts. Recognized as an endocrine disorder affecting the balance of male and female hormones, historically doctors explored ways to treat patients, initially considered infertile.[1] Today, according to the American Society for Reproductive Medicine, as many as 15% to 20% of women suffer with PCOS.[4] About 40% of those women have difficulty with fertility. In fact, PCOS remains the leading cause of infertility in the United States.[2]

What is the cause of PCOS?

Referred to as “polycystic”, meaning “many cysts” PCOS often presents with ovaries containing several small, pearl-sized cysts. These consist of immature eggs and are filled with fluid. The actual cause of polycystic ovarian syndrome (PCOS) is not fully known however. One theory suggests that some women with the condition do not respond well to insulin in the body. This, “insulin resistance” may lead to the overproduction of male hormones known as, “androgens”. These hormones are responsible for the presence of male characteristics such as facial hair growth, and male-pattern baldness. PCOS is thought to be hereditary and the chances of having polycystic ovarian syndrome are much greater if a mother, sister, or biological aunt have the condition.[5]

Polycystic ovarian syndrome is a collection of symptoms ranging in severity depending on the individual.

PCOS symptoms may include:

Secondary conditions associated with PCOS include:

How is PCOS diagnosed?

Pelvic ultrasound (sonogram)—Sound waves are used to check the ovaries (for cysts) and the uterine lining.

Blood testing—Hormone tests may be conducted to determine the level of androgens (male hormones) in the body. Cholesterol and diabetes tests may also be run. Other hormone testing may be done to rule out other health problems such as thyroid disease.[5]

When does PCOS begin?

Polycystic ovarian syndrome may present during first menstruation, or later after considerable weight gain. PCOS symptoms may also increase in severity with obesity as well.[5]

What PCOS treatments are available?

Treatment for the condition is based on specific PCOS symptoms, age, and a woman’s future plans for pregnancy.

PCOS treatments may include:

How does a healthy lifestyle help treat PCOS symptoms?

Because insulin resistance is associated with PCOS it is important to adopt a diet low in refined carbohydrates. Exercise can also be beneficial in helping to regulate blood sugar levels and maintain a healthy weight. In some instances, changes in diet and exercise may be enough to stimulate regular ovulation and menstruation.

Although there is no cure for PCOS, the condition and many of its symptoms are treatable. In fact, most women who are infertile because of polycystic ovarian syndrome are able to successfully conceive with the help of medical treatment.

Over the course of a lifetime, more than half of women with polycystic ovarian syndrome will get diabetes. They will also be at greater risk for certain cancers and heart disease. Although menstrual cycles may stabilize as women age, the primary hormonal imbalance associated with PCOS will remain. While polycystic ovarian syndrome affects many systems throughout the body, through healthy lifestyle changes and medical intervention, most PCOS symptoms can be successfully managed.