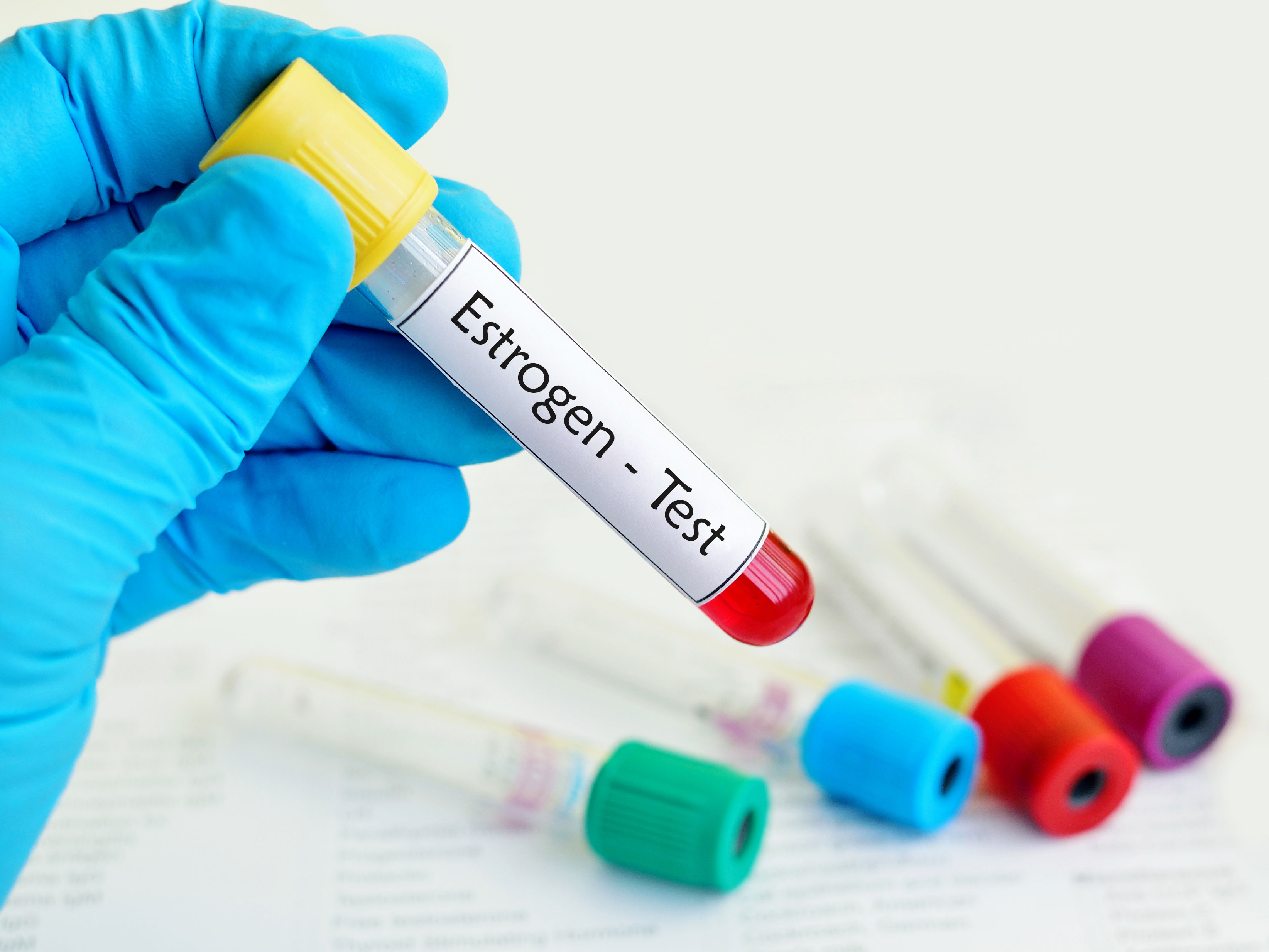 Estrogens, an important group of hormones produced mainly in the ovaries of women, and (in small amounts) the testes of men are also produced in the adrenal cortex, as well as the placenta during pregnancy. Each of the three components of estrogen, estrone (E1), estradiol (E2), and estriol (E3) serve an important, and very different function, in both males and females. Overall, estrogens support the sexual and reproductive development of females. This includes regulation of the menstrual cycle and growth of secondary sex characteristics, such as breasts and body hair. In young males, estrogen contributes to bone formation, and later plays a role in reproduction by helping sperm to fully mature. As men age, testosterone converts to estrogen, sometimes causing a hormonal imbalance.

A blood test may be performed for either gender to detect the overabundance or depletion of estrogens within the body. Certain illnesses or medical conditions can affect estrogen levels such as, high blood pressure, anemia, urinary tract infection, or impaired kidney or liver function. Several medications can also impact test results including, oral contraceptives, antibiotics, corticosteroids, DHEA, estrogen, phenothiazine (for mental health disorders) and testosterone.

Why Test Is Used

Blood testing to measure levels of estrone, estradiol, and estriol is used to help diagnose a number of medical conditions in both females and males.

Estrone and Estradiol tests may identify/monitor:

Estradiol and/or estrone tests may identify/monitor:

How does it work?

While testing is available for all three components of estrogen, estradiol tests are most common. In females, estrogen is produced mainly in the ovaries, but also in small quantities in the liver, adrenal glands, breasts, and fat cells throughout the body. During pregnancy, the placenta produces estrogen as well. In males estrogen is created in the testes where it provides support for healthy sperm maturation.

Specific estrogens are more abundant in the body at different times throughout a woman’s life. For example, in the reproductive years, estradiol is the more predominant estrogen. During pregnancy, it is estriol. In menopause, estrone is most plentiful. Each of these forms of estrogen carries powerful messages that ultimately help regulate various physiologic functions.

Certain circumstances including menstruation, pregnancy, and menopause cause estrogen levels to rise and fall naturally in females, however significant changes along with other symptoms or findings could indicate serious medical conditions or abnormalities.

Reference ranges may vary depending on laboratories and measurements.
Results differ by age and gender as well.

Some medical tests report results in picograms per milliliter (pg/mL). A picogram is one-trillionth of a gram.

Hormone levels outside the normal range could indicate one of the conditions referred to above.