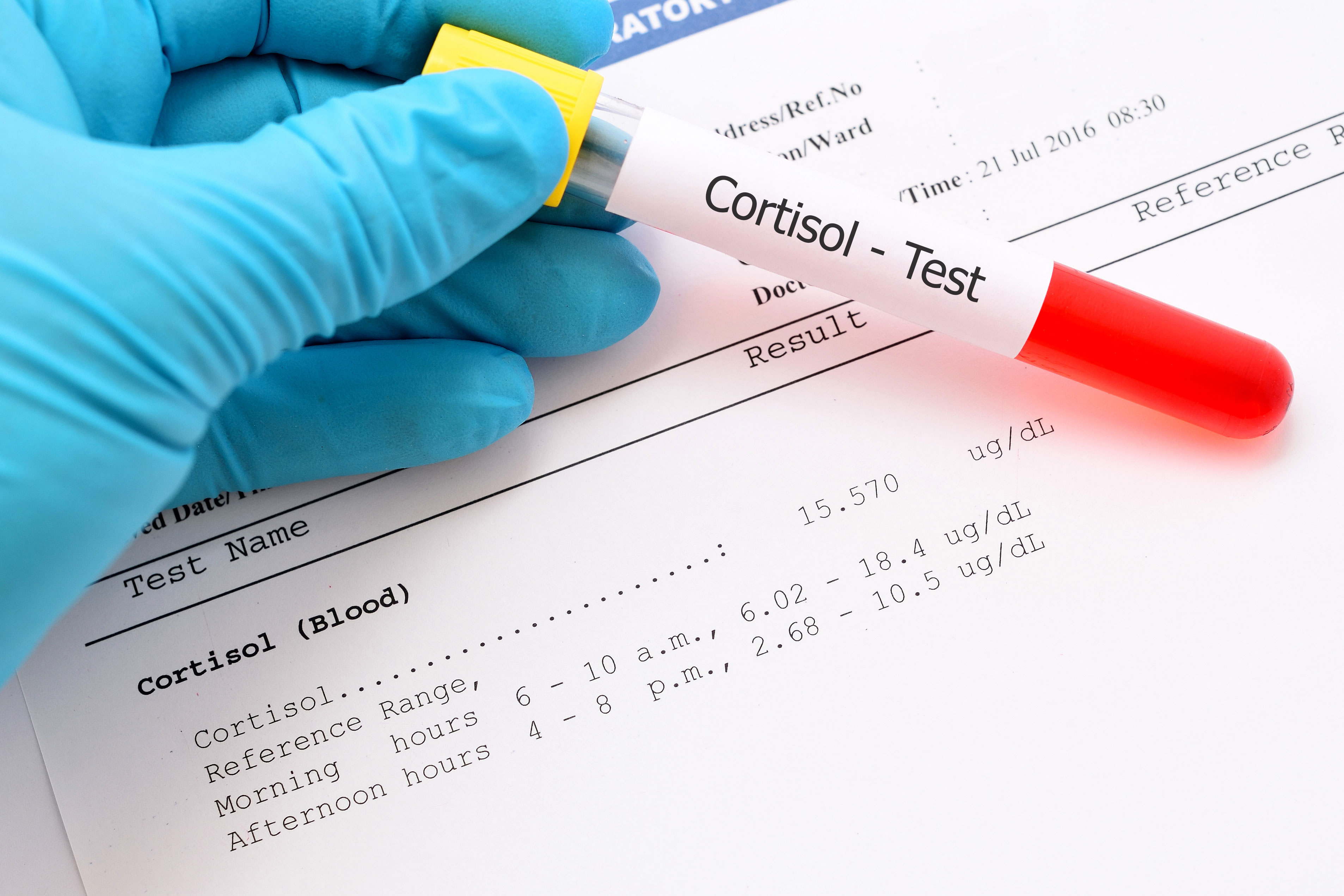 Cortisol is a steroid hormone produced in the adrenal glands that has many functions including, the metabolism of fats and sugars, and the management of stress. Cortisol levels are dependent on the release of the hormone adrenocorticotropic (ACTH) from the pituitary gland as well. Pregnancy, stress, physical injury, or infection can affect cortisol levels. A blood, urine, or saliva test may be ordered to test levels. Most cortisol binds to proteins with only a small amount considered biologically active, or “free cortisol”. While a blood test measures both protein-bound cortisol and free cortisol, a saliva or urine test only tests free cortisol levels.

Cortisol in the blood is at its highest in the morning and lowest later in the day. A physician may advise the patient to refrain from strenuous activity the day preceding cortisol testing, and specify rest 30 minutes prior to the test. Certain medications, such as amphetamines, steroids, estrogen or oral contraceptives can alter test results.

Why Cortisol Test Is Used

Cortisol testing may be ordered if a physician suspects certain disorders such as, Cushing’s syndrome. This is sometimes found in individuals with high levels of cortisol. Symptoms suggestive of this may include:

Cortisol levels may be examined in women with irregular menstrual periods and the presence of facial hair, and in children slow to develop and short in stature. Testing may also be done when either adrenal insufficiency is suspected, or a condition known as, Addison’s disease. In cases such as these, cortisol levels are too low and individuals may experience:

A decrease in cortisol production, in addition to a stressful event or crisis could trigger a life-threatening adrenal event requiring emergency medical attention. Symptoms of such an event may include:

How does it work?

The cortisol hormone rises and falls in what’s known as a, “diurnal variation” pattern. Levels are highest in the early morning hours and decline throughout the day. By midnight cortisol levels are at their lowest. While the hormone is produced in the adrenal glands, it is actually regulated by the hypothalamus in the brain, and the pituitary gland. The timing of the cortisol test is critical since hormone levels vary widely throughout the day. A test may be ordered late in the day if overproduction of cortisol is suspected. An early morning test may be administered if there is a likelihood of too little hormone production.

Reference ranges may vary from lab to lab, and are as follows: